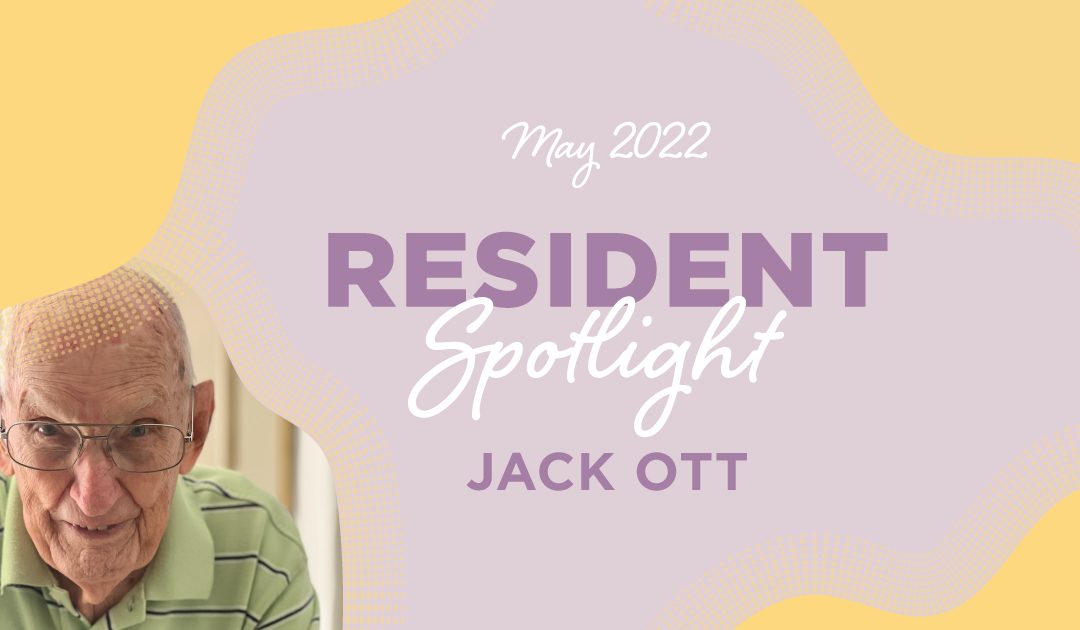 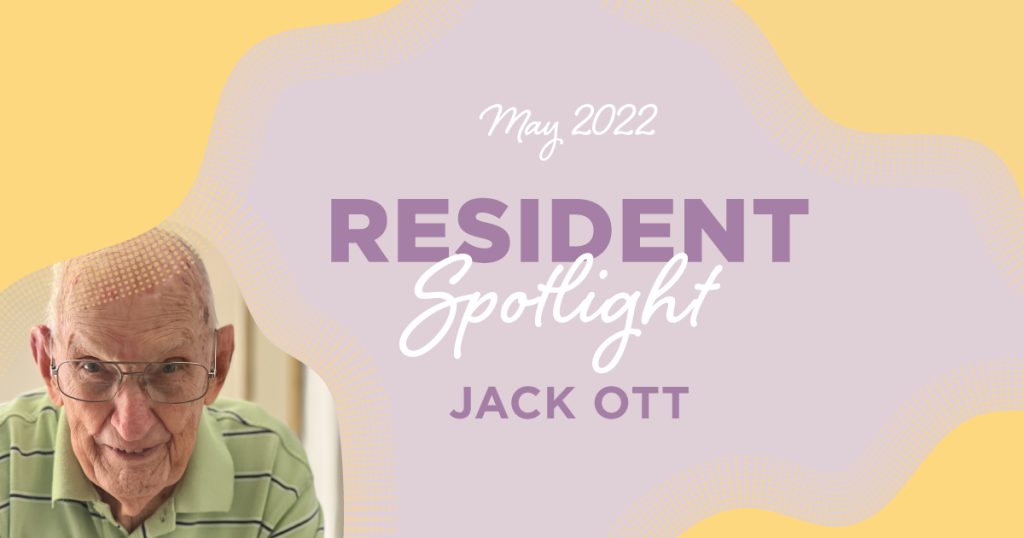 Mr. Jack Ott has been a resident of Riverwood Senior Living since May of 2017. Jack was married to Bessie, the love of his life, for an amazing and loving 70 years. Together Jack and Bessie had three children, Jackie, Pam, and Steve. He also has eight grandchildren and eleven great-grandchildren. Jack proudly served in the United States Airforce from 1947 to 1950. During his time in the service, he held many positions such as an Aircraft Electrician, a C54 Specialist, and an Aircraft Engine Mechanic. Jack and Bessie retired at 57 and began traveling the country together! Mr. Ott always has an amazing story to tell about his life and a bag of chocolates to share.