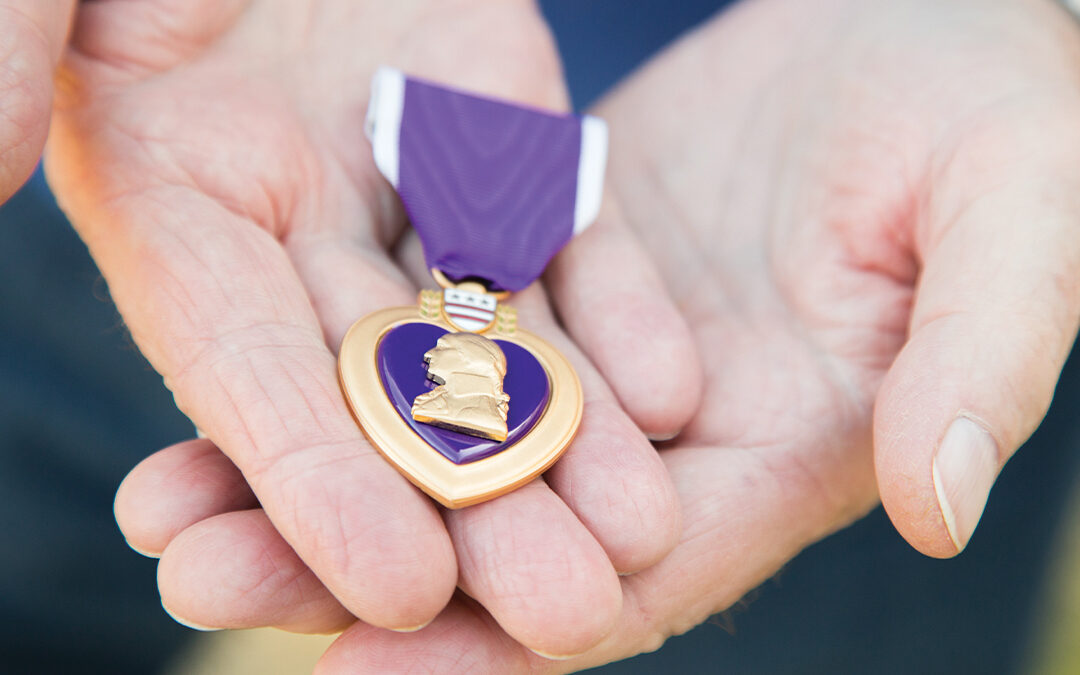 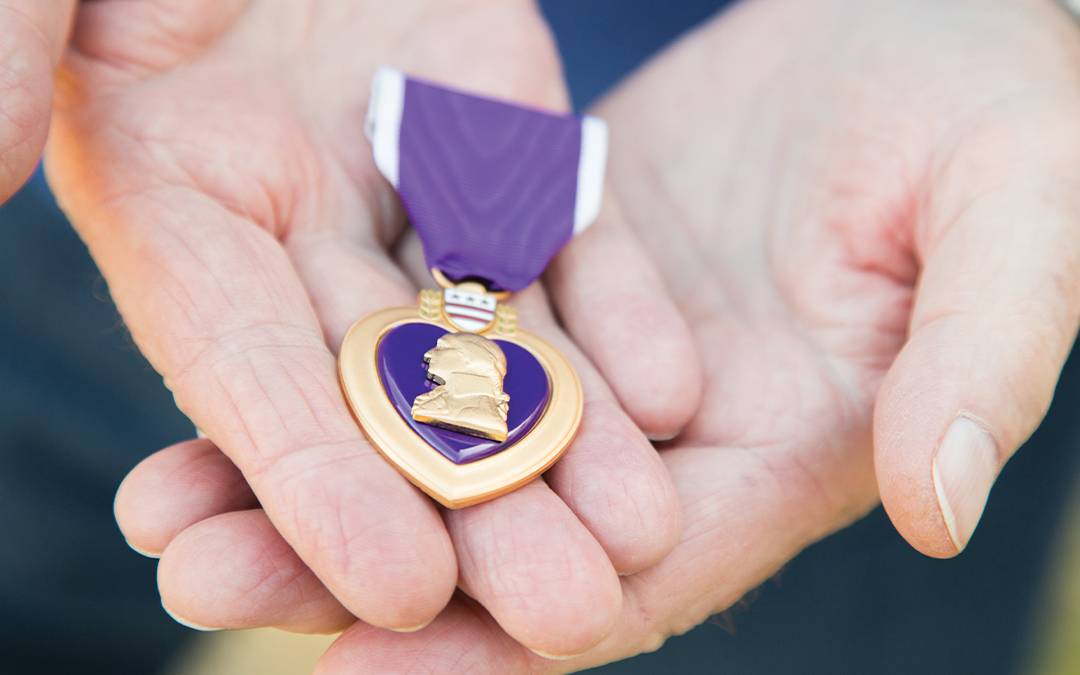 August 7th is National Purple Heart Day, a day dedicated to honoring our nation’s many heroes and service members who have made such important sacrifices for our country. This day is for celebrating and remembering the military personnel who have suffered injuries due to combat, and the list of recipients is a long one. It ranges from a chief nurse who lost her right eye during a hospital bombing during WWI to a Marine who stayed at his Vietnam unit until he knew all his men had evacuated safely.

So What is the Purple Heart?

Often considered the military’s oldest medal of honor, the Purple Heart Medal is awarded to U.S. service members who have been injured or killed in battle. The combat-related medal is bestowed upon those who have been injured, wounded, or died as prisoners of war. Civilians can no longer receive this specific badge.

History of the Purple Heart

Established in 1782 by George Washington, the Purple Heart’s history is long and rich. Back in those days it was called the Badge of Military Merit. This honor was actually somewhat forgotten about after the Revolutionary War, then revived again in the 20th century.

In 1932– General Douglas MacArthur signed off on what is now called the Purple Heart.

In 1942– President Roosevelt signed an executive order authorizing posthumous awards including all branches of service.

In 1962– Civilian Purple Hearts are authorized for recipients under military authority.

In 1984– Death by acts of terror are recognized, as well as wounds or death due to military personnel participating in peacekeeping forces outside of the U.S.

In 1993– Friendly fire wounds or deaths may also be eligible for Purple Heart awards.

In 1998– Civilian awards are no longer recognized.

In 2008– Prisoners of War who died in captivity after December of 1941 are awarded Purple Hearts.

Many of us have people we know or loved ones who have served in the military or received Purple Hearts. On this day of remembrance, there are some small things you can do to help celebrate these people who have sacrificed so much. Here are some ideas for how you can honor this holiday and the ones it recognizes.

1– Let Your Flag Fly
In honor of those who have received Purple Hearts, you can show support and appreciation with the simple gesture of flying an American flag. Put one on your door, or wear a pin as a “thank you” to all the Purple Heart recipients out there.

2– Donate
Another simple way to celebrate this holiday is to donate to the Military Order of the Purple Heart Foundation. The organization is the only veterans’ service organization made up completely of combat vets. Most states have a chapter, and the foundation serves all veterans and their families, not only the Purple Heart recipients.

3– Thank a Veteran
Another great way to honor these veterans and their families is with a good, old-fashioned “thank you.” It feels good to know your efforts are noticed and appreciated.

To all our Regency veterans and their families, we see you and we appreciate you.