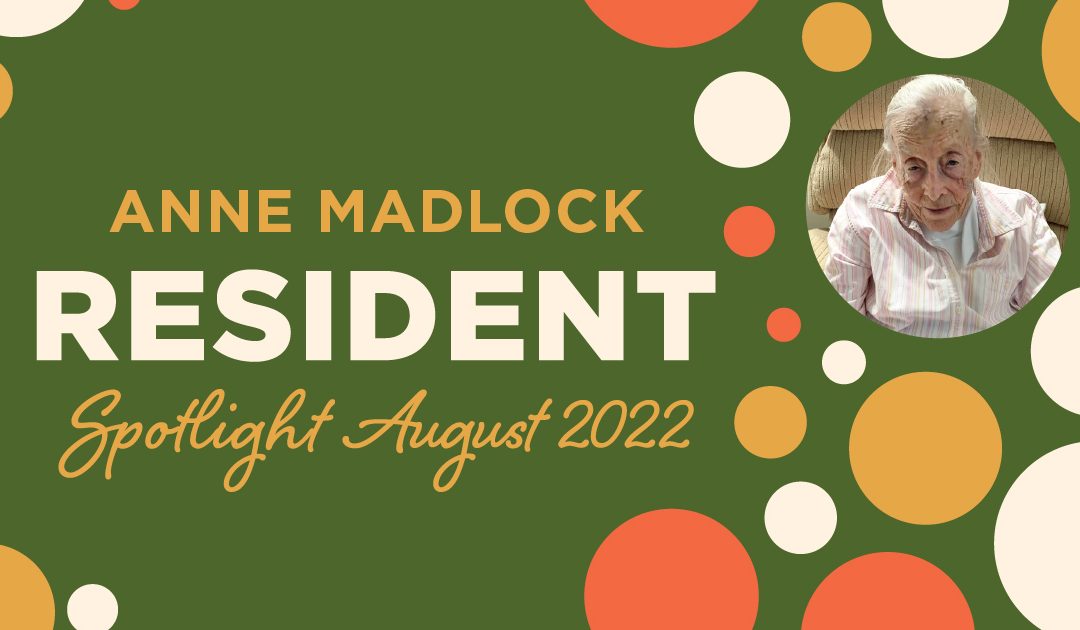 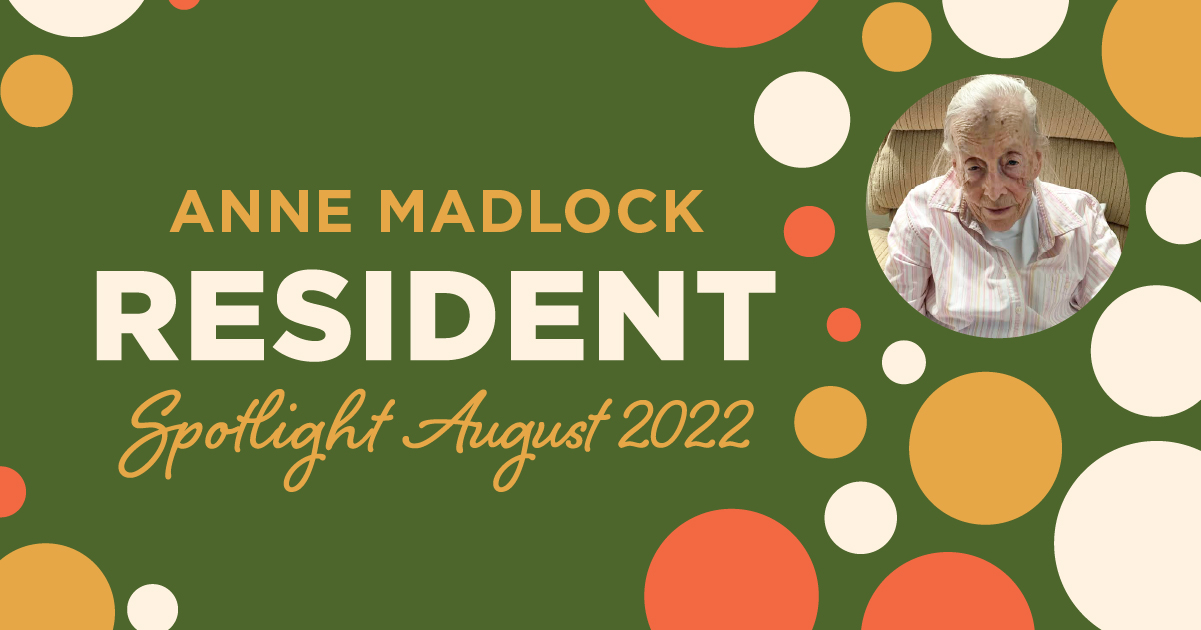 Ms. Anne Medlock has been a resident of Riverwood since 2019. She is a local girl, born and raised here in Rome. In 1948 when she married her high school sweetheart, Al, she began her life as a military wife and later as a mother to her daughter, Ruth. The family lived on several Army bases in Germany, Texas, Alabama, Ohio, and Georgia.

Al retired in 1965 and then Cave Spring became their home for 54 years.

Anne cherishes her life spent with her family. Her family members include her grandson, Micah Cain, his wife Kelli, and her great–granddaughter, Leila—to name a few.

Anne is forever optimistic and grateful for the life she’s been given.