Reflecting on Rome’s Past 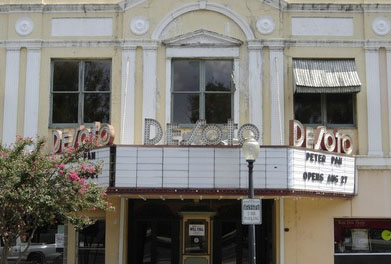 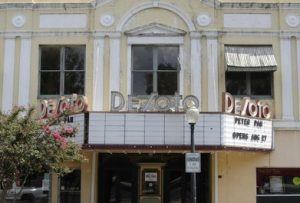 Rome, Georgia may be small, but it’s big on colorful stories from days gone by. One of the best things about living in a small town is the connection to the past, and the frequent reminders of other generations and other times that you encounter wherever you go. We’ve picked four places in Rome that might have been part of your story, whether you grew up in Rome or were passing through from further afield:

When it was first built in 1929, the Desoto was a technological marvel. It was built especially for talkies, or films with sound, a big leap out of the silent film era. It’s still an integral part of Rome’s arts and culture scene, though it is now known as the Rome Little Theater. Catch one of their theatrical performances, from The Outsiders to Noises Off to Addams Family: The Musical!

In warm weather you might have skipped the Desoto to hit the West Rome Drive In for a showing of Voyage to the Bottom of the Sea, West Side Story, or Splendor in the Grass.

For several decades G.C. Murphy was the place to shop for Rome residents. This five and dime was a great place to do a little shopping or grab a bite at the lunch counter. In fact, this particular G.C. Murphy was the site of a sit-in during the Civil Rights movement as Rome and surrounding towns de-segregated.

If you attended high school in Rome in the 1960s, these cheerleading uniforms probably look quite familiar! You may even recognize a friendly face in this team!